We were at COP26 as part of Friends of the Earth International’s global delegation. Despite the restrictions, the climate movement was strong and visible on the streets of Glasgow. 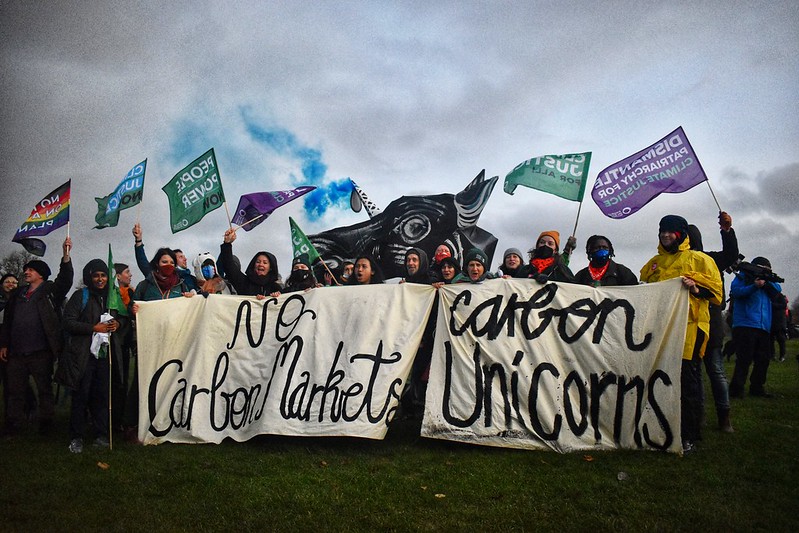 Global Day of Action for Climate Justice. 100,000 people joined the Climate March in Glasgow at COP26. © Hanae Takahashi / Friends of the Earth Japan

The United Nations climate summit, COP26, brought climate justice campaigners from around the world to Glasgow, Scotland. We were there as part of Friends of the Earth International’s global delegation. The conference had been delayed one year by Covid-19, and we were outspoken about the inaccessibility of the talks to delegates from the Global South most impacted by the climate crisis.

Despite the restrictions, the climate movement was strong and visible on the streets of Glasgow. Almost 150,000 people took part in the biggest ever mobilisation for climate justice in the United Kingdom. This was mirrored by marches around the world. We organised stunts inside and outside the conference venue, and called out, imparticular the ‘net zero‘ smokescreen and other greenwashing antics by the countries and industries most responsible for the climate emergency. 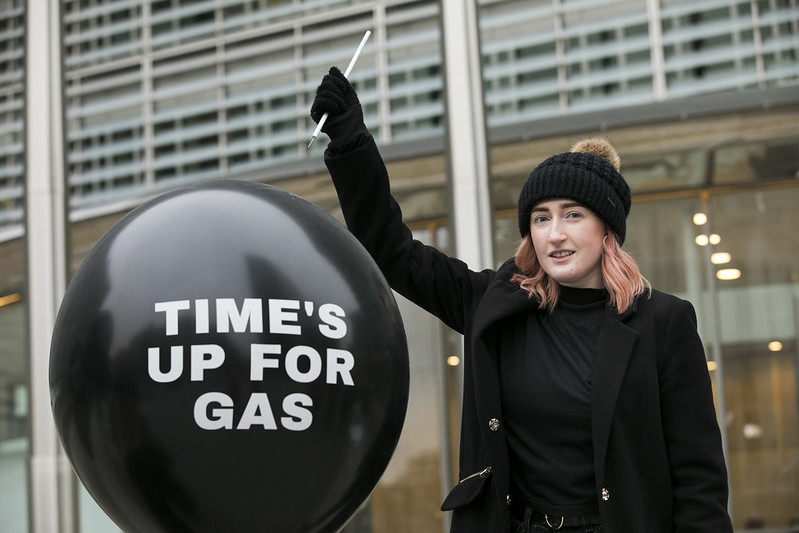 We worked to scandalise the use of public funds to support large-scale new gas infrastructure projects in Europe. We helped bring two technical legislative EU processes into the public sphere through on-the-ground actions, petitions, movement-building, and online campaigns. We even received a show of support from Greta Thunberg!

Together with our advocacy work towards the EU institutions these efforts helped to deliver a victory against the public financing of fossil fuels; traditional fossil gas projects can no longer receive public money. The campaign continues to end financing of ALL fossil fuels and to burst the gas bubble once and for all.

Bursting the gas bubble outside the European Commission, Brussels. © Laure Geerts / Friends of the Earth Europe

Successful advocacy for the Right to Energy 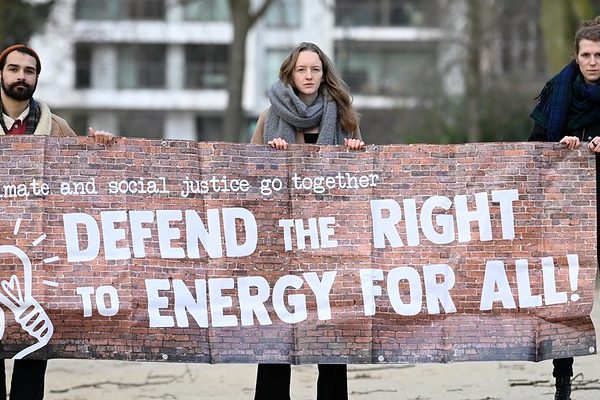 The Right to Energy campaign achieved important milestones in terms of raising awareness of the scourge of energy poverty, expanding the movement, and influencing policymakers. The coalition sent an open letter to the European Commission ahead of the revision of EU legislation on  energy performance in buildings. The letter was signed by more than 40 organisations, including trade unions, social justice groups and allies and listed our demands for alleviating energy poverty across Europe. The letter resulted in a meeting between coalition members and Commission representatives. Five out of seven of the demands are s included in the draft legislation.

Raising awareness for the Right to Energy, outside the European Commission, Brussels. © Philip Reynaers / Photonews / Friends of the Earth Europe

Organising for the energy transition 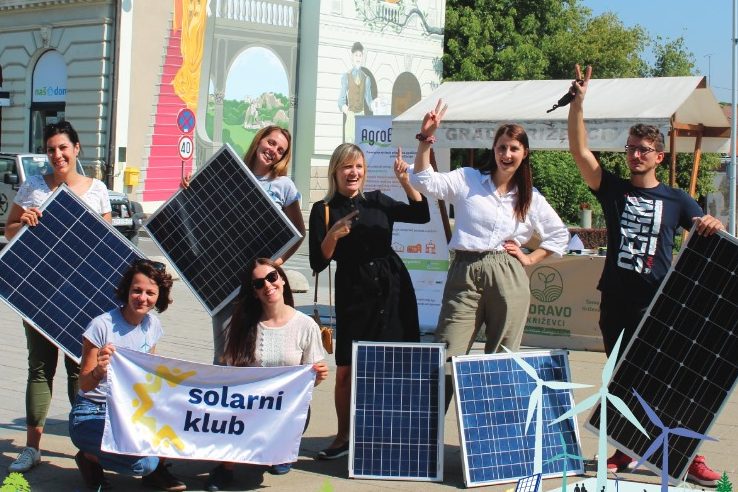 We trained 23 people from 13 different countries to be community organizers for the energy transition. Over a course of 10 online sessions, the participants gained knowledge about European energy policy, and practical skills to be able to set up their own clean energy projects.

The course was unique in the way it brought together technical information on legal structures, financing, technologies and the role of municipalities, with leadership, storytelling, team-building, and other vital organizing skills. Too often community projects fail because communities lack organizing know-how. Now 23 more people are out there making community-controlled renewable and efficiency projects happen all over Europe.

The course was based on FoEE’s Handbook – Community Energy: a practical guide to reclaiming power.